For folks unfortunate enough to get themselves arrested for a drug possession offense, there are options that might keep you out of jail if they don’t result in the outright dismissal of your case altogether. Bennett & Bennett is one of the leading criminal justice law firms in Houston for individuals accused of drug possession offenses. In Texas, prosecutors aren’t friendly with drug offenders. To put it a different way, there are people in Texas serving 60+ years for the possession of a few rocks of crack-cocaine. See what I mean? Texas prosecutors lick their chops with a salivating intensity to match the amount of time a guilty person must serve before they get another chance at freedom. This is why criminal defense lawyers with experience fighting drug charges are so important. 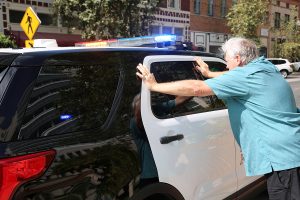 A person that’s convicted of their first drug offense will have a chance at a minimal sentence. A person that’s a habitual drug offender could face a lengthy prison sentence. Possession of any drug, with the exception of minuscule amounts of marijuana, is a felony offense in the state of Texas.

To illustrate what this means, the possession of trace amounts or even residue of cocaine, meth, heroin, crack, and PCP can result in a minimum of 2 years state jail and up to life in prison for persons with a history of drug offenses. Considering the concept that drugs are the precursor to violent crimes, the defendant can expect to be treated like a murderer or worse as far as the criminal justice system is concerned.

If you or someone you know is under arrested for a drug crime, they’ll need a skilled criminal law attorney as counsel as soon as time permits. Why? Because an experience dope-case lawyer will know how to find defects in the case, how to weed out bullshit witnesses and expose them, and the best way to pursue a case dismissal or some form of probation. Real drug lawyers know how to keep people out of jail.